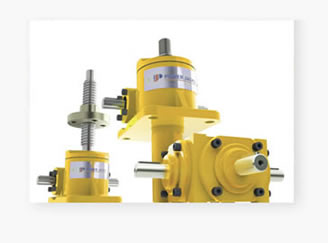 Power Jacks, specialist in producing industrial lifting and positioning equipment, is set to launch an innovative suite of bespoke subsea electro-mechanical actuators and gearboxes that offers a major step change for the oil & gas industry.

Power Jacks’ integrated U-Series range of screw jacks and bevel gearboxes is believed to be the first of its kind for the oil & gas industry in that the diverse array of subsea tools optimises flexibility and functionality to address the wide scope of high load applications while it also has an established proven track record.

The innovative technologies, which are designed and delivered from Power Jacks’ manufacturing facility in Ellon, Aberdeenshire, can be connected together to make full jacking systems.

The screw jacks have proven depth rates of up to 3,000 metres for lifting and positioning loads up to thousands of tonnes as standard. The bevel gearboxes also have the same depth rating as standard with torque ratings from tens to thousands of Newton Metres torque. In addition Power Jacks engineering team would relish the challenge to design new variants for deeper applications.

Bruce Bultitude, chairman and managing director at Power Jacks, said: ‘The U-Series has primarily been engineered for oil & gas, and encompasses our established and reliable technologies combined with our track record for delivering linear motion and mechanical rotary power transmission in subsea applications. We have already successfully used the range for pig launchers, subsea clamps and valve actuators.’

‘The major advantages of using electro mechanical technology, compared with hydraulic alternatives, is higher performance, increased safety and reduced costs while they are much easier to control and more environmentally friendly. The U-series includes pressure compensated or flooded designs as well as stainless steel versions of both the screw jacks and bevel gearboxes.’