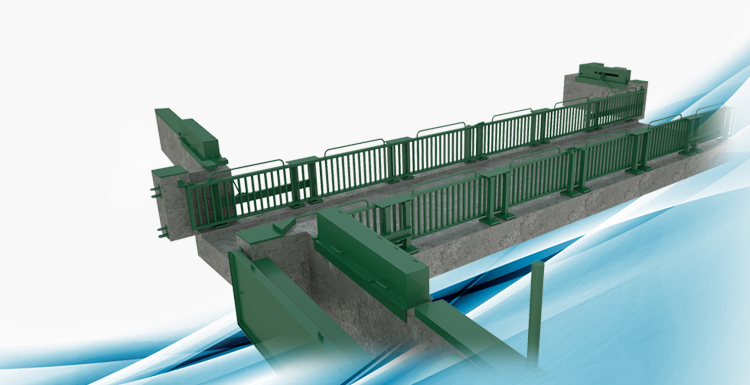 Power Jacks products are being used to protect people and property in a community which has experienced major flood problems in the past.

The lifting and positioning specialist provided a set of electric linear actuators which play a pivotal role in averting the build-up of debris in a waterway during flood events.

The actuators are used to lower bridge railings which would otherwise gather objects caught up in the flow – materials such as tree branches have previously combined to form a barrier that exacerbates local flooding.

“It’s good to see one of our key product ranges being used to help safeguard a community that’s suffered extensively from flooding,” says Power Jacks Marketing Director Bruce Hamper. “We were pleased to contribute to a project that has not only significantly enhanced the local flood defence infrastructure, but was completed on time and to budget.

“It once again demonstrates how our products can be applied to great effect in a highly diverse range of engineering and industrial settings.”

The most recent work at Skinningrove – instigated by the local council, the Environment Agency and local residents – has been designed to further improve local defences which have taken shape since two major flood events in 2000.

The introduction of the automated system to lower the railings on Stone Row Bridge from a vertical to horizontal position – a task which was previously done manually – enables local flood wardens to focus their efforts on closing flood doors which form part of the wider defence network in the area.

A review of the arrangements indicated that there was not always enough time to safely lower the barriers by hand before the flood doors had to be closed.

Chris Leary, Operations Manager for ECS, says: “This scheme aims to improve the speed of response as well as the integrity of the existing defences and thereby provide better protection for the local community.”

Find out more about the Rolaram Linear Actuators in our Case Study. Available for download here.