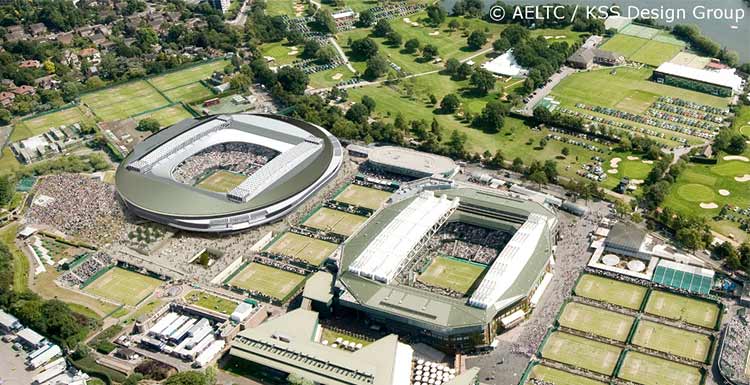 Power Jacks has secured another ace contract… supporting the installation of a second retractable roof at the home of tennis.

The contract has been awarded to Power Jacks by roof engineers SCX Special Projects after a competitive tendering process.

The Scottish-based business provided key components when a roof was famously established over the Centre Court at Wimbledon in 2009.

Now Power Jacks has been selected again to manufacture and supply roof-locking actuators as part of a major project to install a roof over No. 1 Court.

Marketing Director Bruce Hamper says: “It’s a huge honour for Power Jacks to be selected to support such a high profile and prestigious project at one of the greatest venues in world sport.

“It is testimony to the talent and commitment of our people, and the proven quality of our solutions, that those behind the project have again made Power Jacks their provider of choice for elements of the construction.”

Andy Whitworth, Projects Director at SCX Special Projects, says: “SCX Special Projects prides itself on delivering innovative engineering solutions that are precise, reliable and safe, but never short of that all-important wow factor. The Wimbledon roofs are prime examples of our expertise in kinetic architecture, and these feats of engineering are made possible through the involvement of partners like Power Jacks.”

The electric linear actuators provided by Power Jacks will lock the closed roof in place after it has been moved into position. The fully retractable and weatherproof roof itself takes the form of a framework of steel trusses between which sit a series of bays of structural fabric.

Power Jacks – based in Ellon in Aberdeenshire – is scheduled to supply the components to SCX in early 2017. They will be installed, tested and fully operational as part of an off-site roof assembly later next year, with installation scheduled for October 2018. The retractable roof will be fully operational for The Championships 2019.

The deal replicates Power Jacks’ involvement in the Centre Court roof project, which attracted worldwide attention when it was first completed. “We’ve collaborated with SCX on several occasions, including the Centre Court development, and it’s good to be working together again on such a prominent project,” adds Bruce Hamper.

“It underlines the diversity of application of our product range, which is used today in industries ranging from energy and transport to defence and civil applications.